Onlive Server offer strongest benefits of Australia VPS Server Hosting and these benefits have actually made VPS server hosting plans a top priority for the all business sites and in other countries as well. VPS Server hosting is the ideal solution for all sites that make use of resource-sensitive applications and for high traffic sites. There are large scale advantages that come from the use of dedicated servers in place of VPS server hosting. 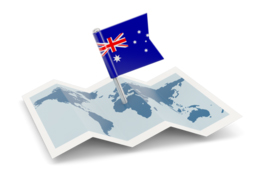 Users have administrative access to their servers in Windows and Linux based VPS server hosting but they do not have root access where they get the flexibility of customizing their server settings and installing programs. If they want to do so, they will require extra bandwidth and space which is only possible with a VPS server hosting plan.

Australia VPS Server also comes with the guarantee of amazing technical assistance along with quick response time for the users. The support comes from well-trained and experienced professionals. So, there are no delays and no technical glitches at the same time.

All the technical issues faced by a website are solved in no time and thus the site that not suffer from downtime when hosted by our Australian based server hosting plans.