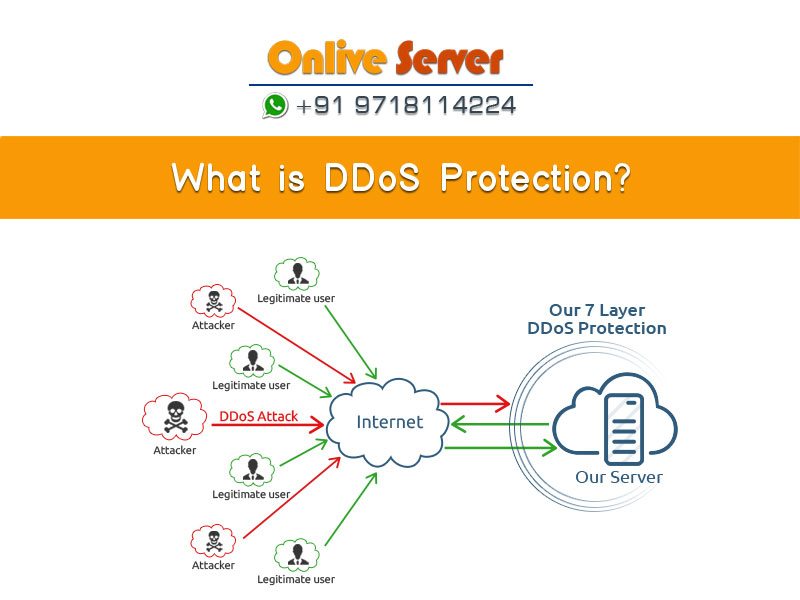 If you want to know what is DDoS Protection then you are at right place. DDos (Distributed Denial of Service) is a kind of attack where multiple compromised networks are employed to target a specific system. When the site is under attack, it will not respond to the legitimate users mainly because the hacker-controlled feet of computers seems to maliciously flood traffic towards the targeted website. DDoS attacks have been regarded as a weapon of choice for cybercriminals and hackers because they are highly inexpensive to execute, hard to stop & have an impact on a wide range of network users.

DDoS protection or mitigation refers to the process of protecting the targeted network or server successfully from the DDoS attack. By using specifically developed network tool or cloud-based protection tool, the targeted victim can able to eradicate the forthcoming threat easily. The DDoS protection identifies the network traffic condition because it is quite a necessary option for threat identification and alerting. The DDoS attack includes all types of services or sites like banking institutions, financial sectors, e-commerce establishments, gaming communities, media and news sites, the public sector and many more.

Different Types Of DDoS Attacks
Distributed Denial of Service attacks differs gradually & there are plenty of ways to carry out the attack. It falls into 3 main categories.

How To Deal With DDoS Attacks?
If you are facing DDoS attack, then there are the latest technology & infrastructure to make your site online even under the condition of severe DDoS attacks. With Onlive server, there is no need for any extra hardware or software investments. It provide all VPS and Managed Dedicated Server with fully DDos Protection. The protection gets activated in a few minutes after choosing their services and you can forget about your DDoS threat forever. The mitigation technology is completely hassle-free and you need to just create an account by providing some important information regarding the hosting structure so that everything will be taken cared of by the service provider. Your business will be protected from DDoS attacks in a cost-effective manner without any exception.